DynaVox lobbies successfully for US Medicare coverage of AAC devices

Tobii starts opening international offices, starting in the US

Founded in 2001, Tobii Technology began selling eye tracking technology for gaze analysis to provide insights on human viewing behavior in areas such as psychology, athletics, and market research. In the summer of 2003, the Tobii founders met Dr. Mick Donegan, an assistive technology specialist, during a technology demo. Dr. Donegan saw that beyond gaze analysis, eye tracking computers could also be used for gaze control to benefit people with conditions that cause profound physical and verbal limitations. Eager to help him explore the concept further, Tobii sent Dr. Donegan a simple demo application to evaluate the technology’s potential as a communication aid.

That September, Dr. Donegan began working with Tobii programmer Kirk Ewing to create the interface for a gaze control system. Their effort resulted in the launch of the MyTobii D10, the first desktop eye gaze communication aid. A tablet version of the system, the MyTobii P10, soon followed. With the launch of its first eye gaze AAC system, the MyTobii P-Series, Tobii began to build an international presence and opened an office in the U.S. in 2004, Germany in 2007, and China and Japan the following year. North American expansion continued with the 2008 acquisition of Assistive Technology Inc., founded in 1983 by doctors at Boston Children’s Hospital who developed tools to help children with disabilities.

In 1983, Gary Kiliany, a graduate student at Carnegie Mellon University volunteering at the Rehabilitation Institute of Pittsburgh, met a woman with cerebral palsy who couldn’t communicate verbally. With guidance from Professor Mark Friedman, Killiany created a device known as the EyeTyper that allowed the woman to compose and speak what she wanted to say. Killiany and Friedman teamed up with local businessman Tilden Bennett to form Sentient Systems Technology, Inc. They mass-produced and marketed three generations of the EyeTyper across the US, giving Americans with significant speech impairment the ability to communicate.

In 1998 Sunrise Medical and Sentient Systems merged to become DynaVox Systems Inc. Around that time, typical customers had evolved from school-age children with congenital physical conditions to include adult survivors of head injuries, strokes, and other accidents that left them without functional speech. DynaVox led a lobbying effort resulting in Medicare coverage for communication aids, a milestone that would prove beneficial to thousands of people.

Throughout the 2000s, DynaVox continued to set new industry standards for portable communication aids, including the launch of the EyeMax, a device that individuals could access through their eye movements.

Tobii Technology’s May 2014 acquisition of DynaVox brought two companies dedicated to raising the quality of life for people with communication and mobility challenges together. By this time, Tobii had become well established as the leading provider of eye tracking-enabled devices for both communication and computer access for individuals with conditions such as ALS, Rett syndrome, spinal cord injury, and cerebral palsy. Simultaneously, DynaVox was the premier source of communication aids for speech, language, and learning challenges related to autism, aphasia, cerebral palsy, and other neurological disorders.

The new entity, Tobii Dynavox, offered an even stronger geographic presence in existing and emerging markets around the globe.

Today Tobii Dynavox has offices in Sweden, the US, Norway, Germany, France, the UK, and China. With around 500 employees and a global network of reselling partners, it reaches thousands of people with disabilities, empowering them to engage more fully in life via technology. 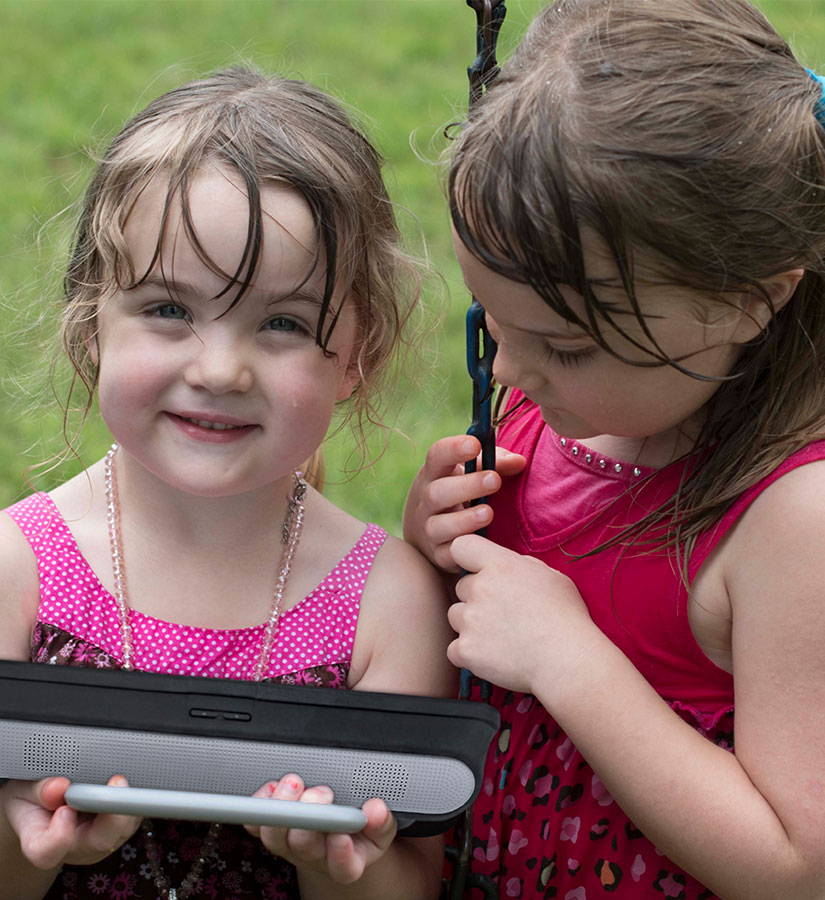 You will receive an email to verify your email address and activate the subscription. You may close this dialog.

Sorry, there was something wrong with the request.

We could not save your subscription. Please close this dialog and try again.